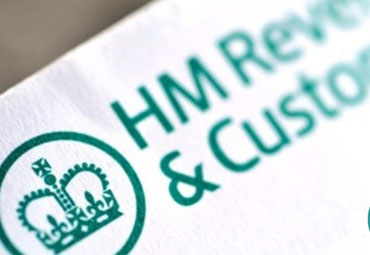 The IR35 ‘off-payroll’ rules will be extended to the private sector from April 2020 onwards, directly affecting a large number of contractors. What exactly does this mean, and what can contractors and clients do to prepare in advance?

The Intermediaries Legislation (IR35) has been around since 2000 – its core aim is to remove the tax advantages of providing services via a limited company for individuals who are not truly in business on their own account. In other words, the rules are aimed at so-called ‘disguised employees’ – people whose working practices are more akin to those of traditional employees.

Despite various amendments to IR35 over the years, successive Governments have claimed that too many limited company owners are still illegitimately working outside the rules.

As a result, new ‘off-payroll’ rules were implemented in April 2017 for contractors working for public sector organisations. Instead of contractors themselves being responsible for determining their IR35 status, this obligation has been handed to the engager of each contractor, i.e. the client. Where a contractor is deemed to be ‘inside’ IR35, the fee-payer must deduct employees’ NICs and income tax from the contractor’s pay, as well as paying employers’ NICs.

Unfortunately, the tools and information required for clients to make an informed choice have been widely criticised (particularly the online CEST employment status tool), and given the penalties for making an incorrect employment status determination, some clients have opted to make blanket ‘inside’ IR35 decisions.

At the 2018 Budget, the Chancellor announced that the ‘off-payroll’ rules will be extended to most private sector businesses from April 2020. Only ‘small business’ clients will be excluded. You can access the Budget 2018 brief here (PDF).

Draft legislation published. What happens next?

The widespread problems associated with the public sector rollout will no doubt have influenced the Treasury’s decision to delay private sector reform until April 2020 rather than 2019, and a consultation on how the reforms will be rolled out in practice was published on 5th March 2019. You can read a summary of responses by business groups here.

The Government published draft legislation on 11th July 2019, which dismisses almost all of the concerns raised during the consulation process. However, there are several new points of interest.

1. A ‘status determination statement’ which outlines the end-client’s IR35 status decision must be provided to both the contractor and the party directly engaging the contractor (often the agent). Until this is provided, then the end-client will remain responsible for collecting income tax and NICs.

2. If you don’t agree with an IR35 status decision, there is a new client-led disagreement process, which obliges the end-client to review a decision and provide a reasoned response within 45 days. If they fail to do this, then the client (not the agent) will assume the IR35 liability.

What should contractors do?

It is probably worth remembering that the contracting industry has survived an onslaught of legislation over the past two decades – many predicted the demise of the profession when IR35 was first mentioned in 1999, for example. This never happened.

However, the extension of the off-payroll rules to the private sector is without doubt the most fundamental change to the operation of IR35 since its inception.

Unlike the public sector rollout, it seems likely that most private sector contractors will be impacted by the April 2020 changes, as many work for large clients, not small organisations (of 50 individuals or less).

The CIOT has warned HMRC that “the abandonment of limited companies could create some very messy compliance issues”, particularly at the lower-paid end of the contract market where many workers have less choice over the business structure they operate under. As has been the case following the public sector roll out, individuals “could then find themselves encouraged into other dubious arrangements that help engagers protect their profitability.”

The organisation’s chief executive, Julia Kermode, says that “the reality is that the tax and NICs will still be due and HMRC will pursue the individual for this, and with interest, and however tempting, contractors must resist such schemes. We will continue lobbying for all such schemes to be stamped out before any IR35 reforms in the private sector.”

In the meantime, you (as a limited company director) remain responsible for determining your IR35 status. We recommend seeking professional IR35 contract status reviews, and taking out tax investigation insurance just in case (it is relatively inexpensive).

What should clients do?

Given the dependence of many large companies on short-term contractors, it is unsurprising that many industry groups have urged clients to start making arrangements right away – to ensure they are ready to take on their new responsibilities in April 2020.

Seb Maley, CEO of Qdos has urged businesses to “get to work immediately – because contrary to speculation – these changes are manageable. And we certainly can’t pin hopes on the Government performing yet another tax U-turn.”

The FSCA’s Julia Kermode notes that the decision to concentrate on larger rather than small organisations was “foolhardy given that large businesses are precisely the ones that are least well-placed to accommodate the change due to the impact on their IT infrastructure should they need to process deemed payments to their contractors.”

Kermode says that over the next year and a half, many companies will need to invest in significant IT development to ensure both accounts payable and payroll systems can communicate with each other, given the complexity in processing off-payroll workers’ invoices.